772. Dreams have no limit but Reality does have….. 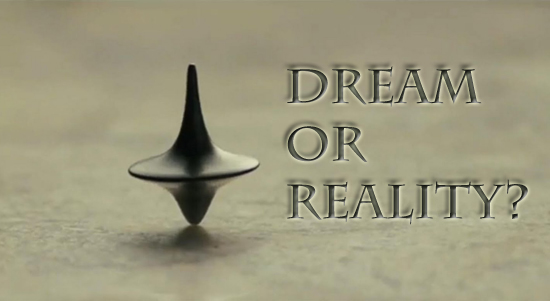 Krishnadevaraya was the king of Vijayanagara Empire about 500 years back ruling the Deccan Plateau. He was a righteous King taking caring of his subjects well. Once he dreamt of an artistically designed palace which was floating in the air. He was very much fascinated by the idea of having a palace that can float. The next morning he summoned his ministers and courtiers and told them about what he had dreamt. He expressed a wish to have a palace that would float. Everyone assembled there knew that this was a ridiculous wish yet no one dared to speak against the wish of the King. Some went on to praise the King of dreaming a floating palace and hoped that King have a floating palace soon. King made an announcement that any architect who is ready to build a floating palace will be rewarded one lakh gold coins!
The entire kingdom knew that it was impossible and the King had gone mad, yet they did not dare to tell the King that his dream was far from reality. As day went by no one came forward to build a palace in the air, King consulted some of his senior ministers in this regard. Gathering courage they informed the King that dreams are never real. They just come and go; there is no sense in analyzing a dream and concluding that it is possible to covert a dream into reality. Since the King was so fascinated by the dream he had lost the power of reckoning. His desire to have a floating palace was so strong that he wanted it built at any cost. He doubled the reward money and asked the announcement to be made outside his kingdom as well.

The entire cabinet was fed up with the childish nature of the King they approached Tenali Ramakrishna, the court jester to help them in convincing the King about the futility of his desire. Tenali Ramakrishna was very intelligent and witty as well; he asked them not to worry and requested them to give him some time.
A few days later an old man who could hardly walk came to the King seeking justice. King Krishnadevaraya asked the old man the reason for the problem and promised him of justice. The old man said he had been looted of his hard earned wealth by a person known to him. The King could not tolerate the fraud activates in his kingdom. He asked the old man to name the culprit and if found guilty he would sentence him to death. Initially the old man seem to be hesitating and when the king assured him that nothing will happen to him and security will be arrange to safeguard him, the old man said: Your Majesty, you were the thief!

The King would not believe what he had heard. He asked the old man what made him think so. The old man answered thus: O King, last night I had a dream that I have gone outside the country and earned five thousand gold coins. On my return back to your kingdom you had come to my house along with your soldiers and looted me of the gold coins. I have lost all my life savings!
The King was calm all this while howled at the old man in anger: You old fool! How can you imagine that what you saw in a dream was true? Dreams come and go in sleep.
The old man replied: O King, if your dream of having a floating palace could be taken seriously, why should my dream not be true also? The old man removed his wig and beard and showed his true identity. It was Tenali Ramakrishna who bowed before the King and said: Forgive me, your majesty I could not see any other way to convince you not to take dreams seriously. The King understood that dreams are indeed fantasies of mind and sometimes cannot be true.
Dreams are in fact the reflections of the wake state and so we get involved and transact with the people in it and participate with them. Even so in the dream state we assume that what is happening is for real until we are awake. Everyone has had this experience of assuming the dream to be real. Most amazingly a person who has had a stupendous meal may dream he is very hungry and get up in the middle of the night, only to say what a silly dream?


Off late quantum physics is inclined to believe that this universe is more like a dream than imagined earlier. This insight has made Sir James Jeans, noted physicist, mathematician and astronomer announce thus: “The Universe begins to look more like a great Thought than a great Machine.”
at 10:54 AM

Universalist and Fatalist who believe in "VASUDHAIVA KUTUMBAKAM"